In honour of the football season officially coming to an end, & the fact that I really was not into watching the Patriots play in yet another Super Bowl. Considering we all know I hate the Patriots, I mean how else am I supposed to keep myself entertained. You can check out those tweets here!

So I figured what better time than to tell you all how I ended up becoming a Cowboys fan. I have literally been sitting here, day after day, (yes this post has taken me days to write), trying to think back about how I became a Cowboys fan. I can tell you, that since the beginning, I have always been a Cowboys fan. Keep in mind, that here in Canada, everyone watches sports, but us Canadians really like our hockey. So obviously, we would always have hockey playing every day, but Sunday’s were always football. We have always watched football, but only a few years ago did I really start getting into it & actually started to understand the game. Who would have thought I’d love the game as much as I do!

So let’s start at the beginning I guess! When I was younger, & they first started airing ‘Making the Cut’ – you know that show where girls tryout to be a part of the Cowboys Cheerleading Squad, yeah that one. I used to watch it religiously because for some odd reason, I wanted to be a Dallas Cowboys Cheerleader one day. I don’t think many Canadian girls can say that is what they wanted to be when they grew up but apparently I did, I mean thinking back I can not for the life of me figure out how I got that idea in my head because I have never been a cheerleader…. I have never once cheer leaded in my life. I had wanted to try it but cheerleading really isn’t that big up here in Canada like it is in the states, so I took dance lessons instead. But yeah, clearly a girl can dream right.

So other than the whole ‘wanting to be a Dallas Cowboys Cheerleader’ when I grew up, Sunday’s are basically for football in our house & nothing else, you basically just don’t make any plans for the day. With that being said, my family is pretty divided; my mom & both my brothers are Patriots fans (gross I know), my dad & I are both Cowboys fans. I ultimately believe that I decided to become a Cowboys fan because my dad was. I mean he was going to games with his buddies (who are also Cowboys fans) & everything just seemed so cool to me. I also had this idea that me & him would now have something in common, which I thought would be so cool considering him & my brothers bonded over sports talk, so I figured we could bond over the fact that the both of us liked the Cowboys. So I sided with my dad. Well guess what? Clearly that decision payed off, we have this in common & we now have this awesome relationship. We have now travelled to watch the Cowboys play in: Arizona, Chicago, Pittsburg & Dallas. Thanks to the travelling, we now have this awesome friendship, we can talk about almost everything which is pretty awesome if you ask me. Not many girls can say they have a super strong friendship with their dad.

So since I started babbling randomly, & the story of how I became a Cowboys fan really isn’t that exciting, we can basically narrow it down to the facts that I am a cowboys fan because:

So to add some colour to this post, here are some pictures of me in Cowboys gear (my dad & mom make an appearance here).
Side note: I just looked back at my Instagram & about realized that about 75% of the pictures are me wearing something Cowboys… 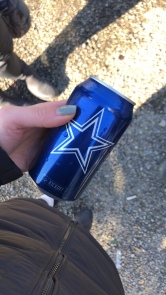 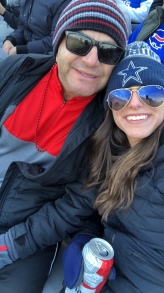 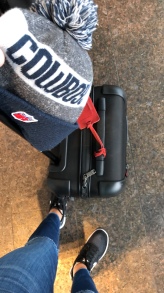 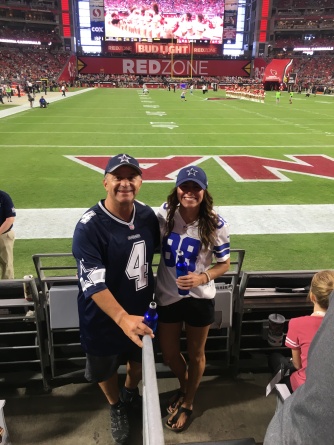 What is your favourite team & why?

As always,
Thanks for reading!
xx cd

7 thoughts on “How I Became a Cowboys Fan”